With the thought of the Mediterranean holidays, I invite you to make it together, the best Greek salad recipe. It is delicious, comforting and very easy to make.

On our blog, you will find other delicious salad recipes, such as spaghetti salad or potato salad, but this one is more special.

Greek salad (or horiatiki salad ), I think, is one of the most popular salad recipes in the world. The traditional recipe, which we follow, contains only 5 ingredients: onion, cucumbers, tomatoes, feta and olives. It is precisely this simplicity that makes this recipe so tasty.

Let’s take the ingredients one by one.

Of course, the original recipe contains Kalamata olives and Greek olive oil. But if you do not have, it is not a problem, it is important to be of high quality.

Let’s Get to Work!

I show you step by step how to make Greek salad.

We start to prepare the ingredients. For this, I cleaned a medium-sized red onion, and first cut it into four pieces.

After that, I started slicing it, so the slices will not be too big.

The cucumber this time I did not peel it. I know a lot of people leave the cucumber whole with the peel, but if I’m not sure it’s organically grown, I always peel it. Now I use organic English cucumber. Then I cut it along in two.

With a teaspoon, I hollow out the core of the cucumber, to reduce the water content of the salad. This operation is not necessary to do it, depends on your tastes.

Now we can slice the cucumber.

We cut the tomatoes, to be approximately equal to those of cucumber slices.

Compared to other salad recipes, this time I reversed the operations a little. I mean, the first time I made the dressing.

For this, in a bowl, I measured about 50 ml ( about 4 tbsp ) of extra virgin olive oil and squeezed the juice from a lemon. I seasoned with a teaspoon of sea salt, a teaspoon of freshly ground pepper and a teaspoon of dried oregano.

These quantities are indicative, they can be modified according to the tastes of each one.

We mix the dressing until the salt dissolves, and then we can add vegetables, and let’s start with the onion.

And at the end, we add feta cheese and whole olives without seeds.

As you can see, I crushed feta cheese. But depending on the type of cheese used, it can be cut into cubes or put the whole cheese.

We mix again easily, and ready, in my opinion, this is the best Greek salad recipe.

How We Served The Greek Salad?

It can be consumed as a side dish with pork steaks or beef steaks, as well with roasted chicken legs or sweet chicken wings. 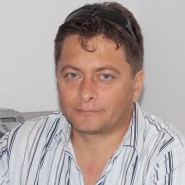 Chicken Breast with Pineapple and Mayonnaise

We use cookies to ensure that we give you the best experience on our website. If you continue to use this site we will assume that you are happy with it. Privacy policyOkPrivacy policy